Taking paracetamol during pregnancy has been linked to fertility problems in unborn children especially male children, a study has suggested.

Going by the research, the Chairman of the British Fertility Society, Prof. Adam Balen, cautioned on the use of this drug saying, “It is sensible for pregnant women to minimise use of paracetamol and other painkillers and seek medical advice if they experience problems with significant pain in pregnancy.

Similarly, spokeswoman of Medicines and Healthcare Products Regulatory Agency (MHRA), which issues guidance on medicines in the United Kingdom (UK) said:
“Women should avoid taking medicines during pregnancy unless absolutely necessary and should speak to their doctor, midwife or pharmacist, before doing so. 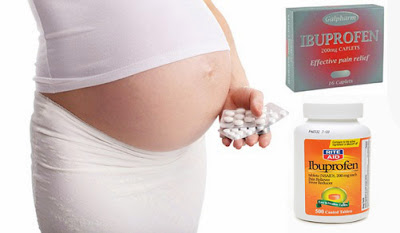 “Paracetamol is generally considered to be a safe treatment for pain relief during pregnancy, but should be taken at the lowest possible dose for the shortest time.” Paracetamol is a common pain reliever that is widely used in the country.

It is used to treat mild to moderate pain and many conditions such as headache, muscle aches, arthritis, backache, toothaches, colds and fevers. The research was conducted on rats, which have similar reproductive systems to humans. Pregnant rats, which were given paracetamol and indomethacin, a drug similar to aspirin, gave birth to offspring which had fewer eggs than those who were not.

Scientists at the University of Edinburgh’s MRC Centre for Reproductive Health also found that the rats had smaller ovaries, and produced fewer babies. Infant male rats, meanwhile, created fewer cells that give rise to sperm, but fertility reached a normal level when the animals reached adulthood.

Jul 5, 2017
Sherifdeen
S
P
Female Infertility: 12 Things That May Prevent You From Getting Pregnant