World Paris: 9 Facts You Need To Know About The Terrorist Attack

Here is a quick look into the 9 main tings to know about the Paris attack that claimed over 120 people and many hostages taken in Paris. 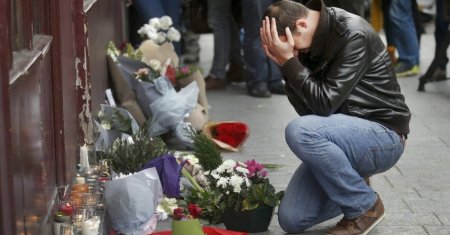 French President, Francoise Hollande’s intervention in the Syrian conflict is blamed for the attack

In the five other places attacked, at least 120 people were killed in the attacks carried out by 7 assailants who have been reportedly killed by police with several hostages taken

The French government has promised to launch a “merciless” attack on terror.

Many governments across the world have condemned the attacks

The attack on the Bataclan was the deadliest of the night. 80 concert goers were reportedly killed.

French President Hollande was at the second venue (Stade de France) when attacks were launched nearby.

France has declared a state of emergency for the first time since 2005.

The government has deployed at least 1,500 military personnel around the city.

Apr 27, 2016
abujagirl
A
P
World Emmerson Mnangagwa, The ‘Crocodile,’ 10 Things You Should Know About Zimbabwe President

P
World Brussels: 7 Things We Know About The Multiple Explosions