Curators
The International Olympics Committee President, Thomas Bach has assured that the attack on Paris last week will not stop the city from the city's chances of hosting the 2024 Olympic Games. 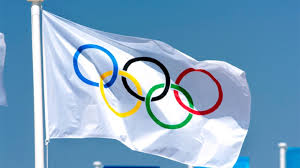 No fewer that 129 people were killed after a multiple bomb attacks were unleashed on the French capital, but the IOC has said that the act of terrorism cannot force them to abandon the cause which they believe in.

The 2024 Olympic hosts will be named in 2017 and Bach said: "IOC members know terrorism is not a French or a Parisian problem, it is a global challenge."

On Sunday, Euro 2016 organiser Jacques Lambert said next year's tournament in France should not be cancelled.

Rome, Hamburg, Budapest and Los Angeles are also bidding for the 2024 Games.

Asked whether Friday's attacks could influence the vote, Bach told French sports daily L'Equipe: "No, the IOC members have a lot of experience.

"We are talking about the Olympic Games that will be held in nine years and terrorism is global, it is not just about a country or a city.

"It does not only concern sports but all the big events and the whole society."

He added: "You cannot concede victory to the terrorists.

"We must be united and firm, especially with the Olympic Games." BBC

Jun 4, 2017
kemi
K
K
Sports I Have Not Picked My Overraged Players for Olympics - Siasia

B
Sports Nigeria Will Be Difficult To Beat Come Next Olympics; Junior Ajayi Roars