Curators
Pastor Biodun Fatoyinbo has reacted to the court judgement which exonerated him of rape and also awarded N1m against his accuser, Busola Dakolo as damages.

LIB reported earlier that Justice O. A. Musa who presided over the case said the rape allegation was sentimental, cruel, empty and an abuse of judicial process. He further stated that the damages awarded against Busola Dakolo should be 10 times higher but was reduced in order not to discourage others who have legitimate claims 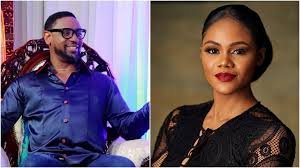