A top EFCC source said they deposited the money in bank drafts made out in the name of the Commission for the aforementioned sums yesterday. 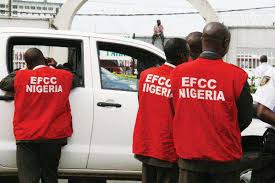 They have pledged to refund the balance, the EFCC source stated.

The source said the commission had been pursuing beneficiaries of the multi-billion naira campaign fund made available by a former minister of petroleum resources, Mrs. Diezani Allison Madueke, to facilitate the re-election of former president Goodluck Jonathan.