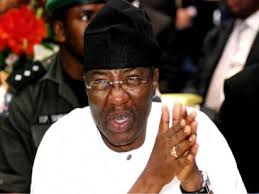 Others who were expelled from the party are a factional Chairman of the Party, Sikirulahi Ogundele and his secretary, Tolu Bankole.

Announcing the recommendation of the State Executive at a Press Conference held at the party secretariat, Abeokuta, the State Chairman, Bayo Dayo said Daniel and others having been examined for their alleged anti-party activities, were found guilty .

While justifying the expulsion of Daniel despite his status as a former governor, Dayo said the former governor has lost his rights since he had left the party.

Dayo said, Daniel rejoined the party in 2015 after he had left for the Peoples Party of Nigeria and Labour Party and he was treated as a returnee.