The landing cost of Premium Motor Spirit, also known as petrol, is N35 higher than the pump price of N145 per litre, the Minister of State for Petroleum Resources, Dr Ibe Kachikwu, said on Tuesday.
Kachikwu said the rise in global crude oil prices after the 2016 hike in petrol price brought back subsidy.
Recalling the experience of 2016, when the government increased petrol price from N86.5 to N145 after months of severe scarcity, he described fuel subsidy as an emotive issue. 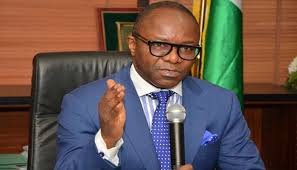 K
Metro The price of petrol could have been anywhere between N211 and N234 per litre, N120b is spent on petrol subsidy monthly – NNPC GMD, Mele Kyari – Linda.