Sports PFA Team of the Year: See Statistics of the Premier League Best 11

Curators
The English FA released an 11-man team for the 2015/2016 season this week. The selection which cuts across 5 teams consist of player who have done well in their roles this season. Read here some statistics that qualifies them for their spots 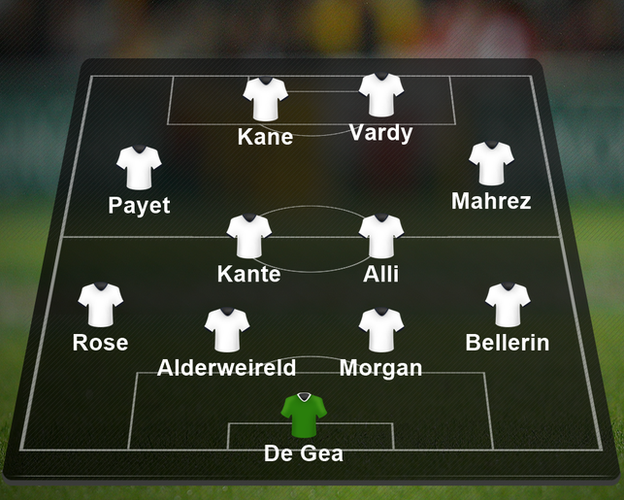 Danny Rose: Only Charlie Daniels (5) and Hector Bellerin (4) have supplied more assists among defenders than Rose (3) this season.

Toby Alderweireld: Only Scott Dann (5) has contributed more goals to his side among defenders than Alderweireld (4) this season.

Wes Morgan: The Leicester captain has made more blocks (34) than any other member of the Foxes' team this season.

Hector Bellerin: Only Mesut Ozil (18) has supplied more assists for Arsenal than Bellerin (four) this season.

Dimitri Payet: Dimitri Payet has had a hand in 18 league goals this season for West Ham, eight more than any other player - nine goals, nine assists (Carroll next on 10).

N'Golo Kante: Kante has made more tackles (149) than any other player in the PL this season.

Riyad Mahrez: Only Jamie Vardy (28) has been directly involved in more goals than Mahrez (27 - 16 goals, 11 assists) this season.

Jamie Vardy: Jamie Vardy's goals (22) have won Leicester 21 points in the Premier League, more than any other player for any team.