The #BuhariFreeZakzaky protest by members of the Islamic Movement of Nigeria, IMN, at the National Assembly Complex and Federal Government Secretariat in Abuja, Wednesday, turned awry, as members of the group were confronted by armed police men, who dispersed them by releasing tear gas canisters.

Recall that the Nigerian military authorities had since last year December, detained and held Sheikh Ibraheem El-Zakzaky incommunicado, after long hours of siege on his residence in Zaria, Kaduna State, an operation that saw to the alleged mass killings of over 1000 followers of El-zakzaky.

Since then, the IMN members have been protesting across city centres in the North, demanding the immediate and unconditional release of their leader by the Nigerian authorities. 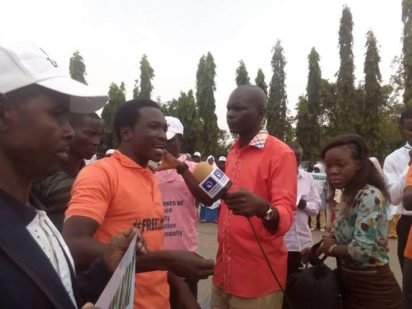 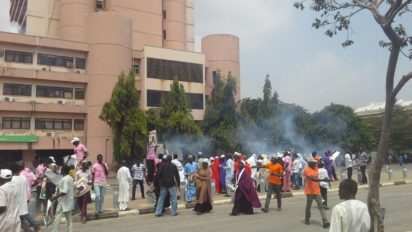 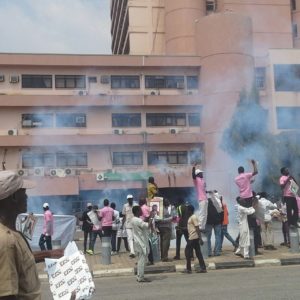 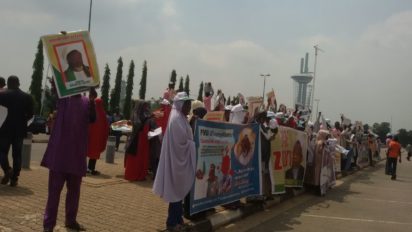