“For the honour of the Blessed Trinity… we declare and define Blessed Teresa of Calcutta (Kolkata) to be a Saint and we enrol her among the Saints, decreeing that she is to be venerated as such by the whole Church,” the pontiff said in Latin. 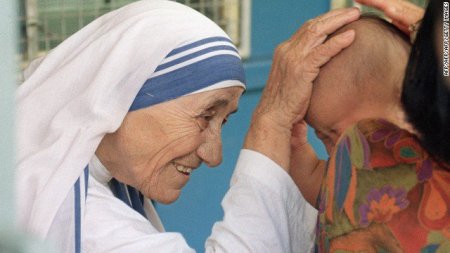 According to AFP report, the elevation of one of the icons of 20th Century Christianity came a day before the 19th anniversary of her death in Kolkata, the Indian city where she spent nearly four decades working with the dying and the destitute.

Too soon . I'm not even sure she should be made a saint but then the Pope knows best