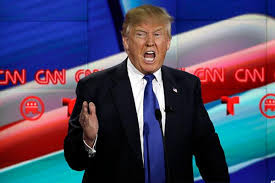 "He flirted with me and invited me to walk along the golf course with him, which I did. During that time, he asked me for my phone number, which I gave to him. Later that evening, he invited me to his room. I said I didn't feel right going alone, so two other women came with me."

She claims that Trump later called her to ask, “'What do you want? How much?” and then to offer her $10,000 for sex. Drake, who called Trump a “sexual assault apologist” during Saturday’s press conference, went on to say that “this is not acceptable behavior for anyone, much less a presidential candidate.”

World Trump Accuser Jessica Drake Has an NDA Preventing Her from Talking About Donald Trump – The...