President Muhammadu Buhari, on New Year day, rolled out ambitious rail, road and power projects to be executed in 2018.

The president devoted his address mainly to informing Nigerians about the intense efforts his administration was making to address the country’s huge infrastructural deficit.

He assured Nigerians that the federal government was going to make significant in-roads in advancing road, rail and power projects across the country.

“The Ministry of Power, Works and Housing is one of the drivers of this Government’s commitment to renew and increase Nigeria’s stock of infrastructure in order to achieve global economic competitiveness as targeted under the Economic Recovery and Growth Plan.

“With regards to railways, we have set ourselves ambitious targets. Already in construction stage is the Lagos-Kano Standard Gauge Railway,” the president said.

- Buhari said the line should reach Ibadan from Lagos by the end of 2019 and would carry two million passengers per year.

- He said five million tons of cargo would be transported every year giving a substantial boost to the country’s economy.

Construction of the Kano – Kaduna segment is expected to commence this year and reach Kaduna by the end of 2019.

- The Abuja – Kaduna route will be boosted by additional rolling stock next Thursday and will be able to handle one million commuters annually.

- Negotiations would be concluded in the first part of this year for the Port Harcourt to Maiduguri line covering Aba, Owerri, Umuahia, Enugu, Awka, Abakaliki, Makurdi, Lafia, Jos, Bauchi, Gombe, Yola and Damaturu. The Abuja to Itakpe line will go through Baro and terminate in Warri with construction of a new seaport at Warri

Buhari said negotiations were also advanced for the construction of other railway lines, firstly from Kano to Maradi in Niger Republic passing through Kazaure, Daura, Katsina, Jibia to Maradi.

“Secondly, Lagos to Calabar the ‘Coastal Rail’ through Ore, Benin, Agbor, Asaba, Onitsha, Sapele, Ughelli, Warri, Yenagoa, Otuoke, Port Harcourt, Aba, Uyo and Calabar,” he said, assuring that in the next few years, all these Nigerian cities would be linked by functional modern rail systems, giving enormous boost to the social and economic life of the citizenry. 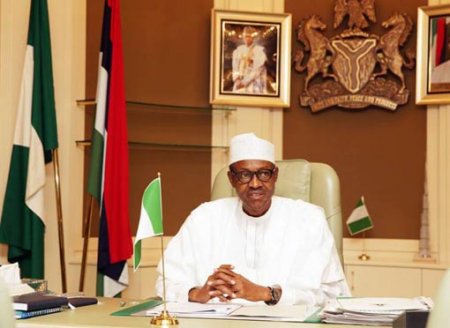 “With respect to the Abuja Capital Light Rail, progress has reached 98% completion, as at 64% completion when we assumed office. Only test runs remain before start of operations”.

The president also said that the management of the Federal Road Maintenance Agency had been reconstituted and charged with a 12- week rapid intervention in road repairs to cover all the geo-political zones.

According to him, the government is undertaking repairs and maintenance of 44 roads within the six geo-political zones.

“In addition, the government has approved work to start on the re-construction of Abuja – Kaduna – Zaria – Kano road which is in a state of disrepair. Work will soon start and is expected to be completed in 2019.