The National Publicity Secretary of the party, Mr. Kola Ologbondiyan, in an exclusive interview with Saturday PUNCH on Friday, said the party had heard that many people, including a former Vice-President, Alhaji Atiku Abubakar; Senate President, Dr. Bukola Saraki; Sokoto State Governor, Aminu Tambuwal; his colleague in Gombe State, Ibrahim Dankwambo; and a former Governor of Kano State, Rabiu Kwankwaso, were interested in picking its presidential ticket. 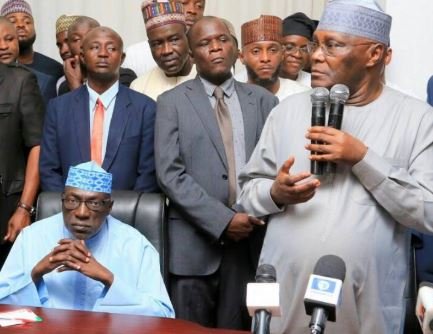