Prophet Emmanuel Chukwudi aka Prophet Elijah, the General Overseer of Kings of Kings Deliverance Church has revealed a prophecy that Abubakah Audu will be the governor of Kogi State and stated that Atiku Abubakar will be the next president of Nigeria in 2019.

“He opens my eyes under different circumstances it comes when I am fasting or praying, when I am singing praises to God or even when I am walking in the street.” 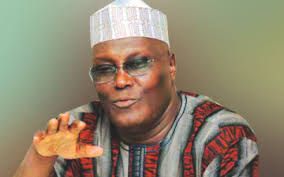 According to the Prophet, he said that he predicted that former President, Goodluck Jonathan will lose the 2015 general election to President Muhammadu Buhari, but he did not publicize it.

“The Senate President, Bukola Saraki will lose his seat as the president of the house”, he prophesised.

Curators
The good prophet only gets one vote... maybe next president of the institute of directors or chamber of commerce. There are many presidents in Nigeria
P

President of the Federal Republic of .......

For Atiku Abubakar, I believe he will make a very good President seeing his blue print and policy document for the Country during his campaign for the APC ticket.
He's prepared for the job and will hit the ground running immediately.
I have faith in him.
But first lets not distract PMB, Because Atiku is fully in support of him.
God Bless Nigeria.