Due to delay and postponement of Batch A, Stream II orientation course by the National Youth Service Corps (NYSC), angry prospective corps members are planning to stage peaceful protests in Lagos today.

NYSC had announced the postponement of the Orientation Course which was initially slated for May 21st, 2016 to a yet to be determined date.

It made the announcement on its website, as well as via text message to prospective corps members.

“NYSC Management regrets to inform you that 2016 Batch ‘A’ Stream II Orientation Course in all states including Adamawa, Borno and Yobe in stream I has been postponed due to logistic reasons. A new date will be communicated to you in due course. Please accept our sincere apologies”

The postponement is coming two days after the NYSC said that the Federal Government has released funds for the orientation course.

In reaction to this the would be corps members have mobilized themselves for a protest.

A prospective corps member hinted Nigerian Bulletin that the protest is to air their grievances to the government and other authorities concerned.

This will be the first time in record that prospective corps members will be embarking on such a demonstration over uncertain mobilization and orientation date. 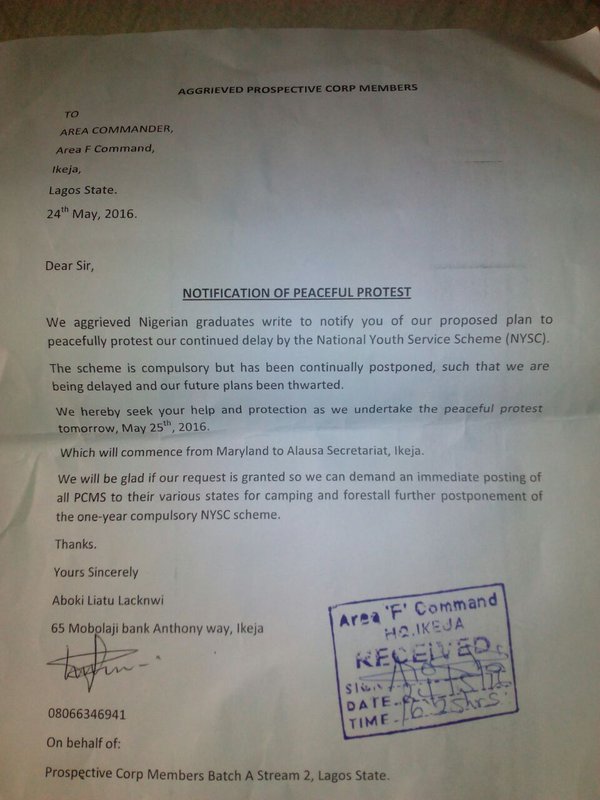