The governor, who was on a working tour to Odeda Local Government Area of the state had said while addressing the crowd of party supporters that Daniel was not a native of Ogun State. He claimed the ex-governor was a Nigerian of Isoko extraction in Delta State.

He added that he was part of those who helped Daniel to become a Sagamu indigene. . 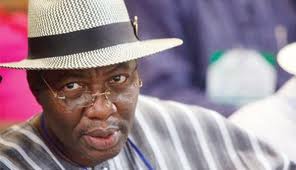