Manchester United's 49 million pounds signing, Raheem Sterling has said that he can't wait to join his new teammates on the training field after forcing a move away from the Anfield stadium.

The England international signed a five year contract with the Blue side of Manchester after spending close to five year with Liverpool, in a deal that made him the club’s record signing, while the deal has also set a British transfer record for an English player.

“It’s a good feeling and this is really happy time for me and my family,” Sterling told City’s official website. “I’m just glad it’s all over and done with and I can’t wait to get on the training field.

“It has been a long journey from QPR and I’d like to thank a few people who have helped me along the way.

“I’d like to thank Rafa Benitez for taking me to Liverpool as a 15 year-old – that was a massive step for me and a new challenge. Also to Kenny Dalglish for showing such faith in me and putting me in at such a young age.

“Finally, I’d also like to thank all the people around me – my mum and sisters, my management team and Aidy Ward for helping me focus and get where I am today. I just wanted to say a big thank you to everyone.”
Sterling also revealed that he spoke with England team-mate Joe Hart about City prior to his move.

“I spoke to Joe briefly on the last England trip,” said the winger.

“He just told me what a really good football club this is and how nice the fans are – nothing too serious, but it was a bit of a heads up.

“The thing that excites me the most is the world class squad we have and knowing we have a team that is capable of winning things year in, year out. 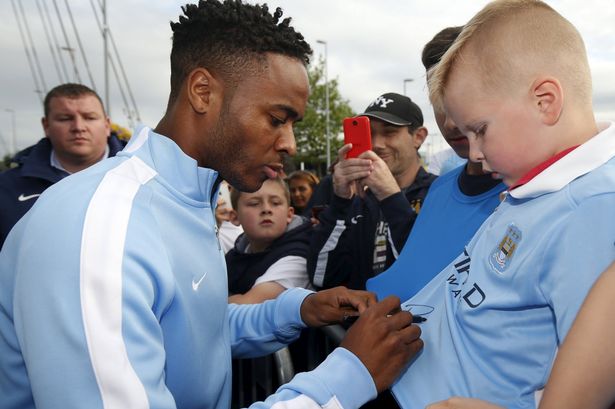