Business Ready for the Future? How Google Stadia and xCloud Signal a New Age in Gaming

Curators
Players and developers seem to agree: the future of gaming lies in the cloud. That is why industry leaders are turning to cloud computing and are developing dedicated services to offer cloud-based gaming. With Google, Microsoft and Amazon all eager to join in the race, could this signal a new era in video gaming?

Google Stadia arrives with a bang

Google Stadia was announced just over a year ago, in October 2018, after months of speculation as Google seemed to be showing signs that it would enter the gaming market. On November 19th, 2019 Google Stadia launched in 14 selected countries all over the globe – including the US, Canada, the UK, Sweden and Germany. Unfortunately, Nigeria didn’t make the cut to this first roster of early adopters, which were mostly European countries.

But as Google is preparing to expand the service by 2020, African countries will surely be included in the next launching phases. Why is Stadia such a trending topic on a global level? Because Google aims to offer something better and bigger than what most gamers have now. A world where anyone can simply power up their PC, open their browser, log into the service, and start playing. Just like that – with no expensive gaming gear or the need to wait until every new
game is installed. 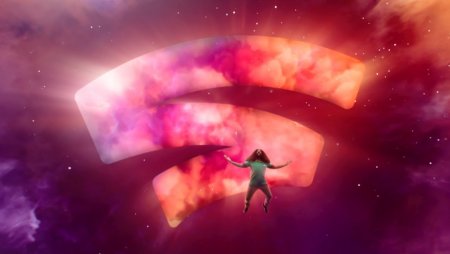 The concept itself is of course not entirely new. Across the entertainment industry, many sectors have increasingly turned to live streaming to provide upgraded services. Betway Casino has harnessed high-definition streaming to provide live casino games. With choices ranging from live roulette to private live blackjack tables, the multi-camera tech used aims to offer a more immersive experience – which is highly valuable to customers looking to get a taste of the real thing.

In sports, major outlets have realized the potential of live streaming matches across a variety of sports, as fans are eager to watch their favorite team fight for glory in real time. In many cases, like in the case of ESPN, the service is complete with game replay and similar features that allow viewers to get a closer look at the action. Lately, the theatre and opera world are also catching up: the Metropolitan Opera has launched its Met Live in HD branch, which allows spectators to view its performances live in selected venues.

Is cloud the future of gaming?

It is no wonder that gaming companies are taking a hint from the success enjoyed by live streaming tech across several sectors of the entertainment industry. PlayStation was a pioneer in cloud gaming with its PlayStation Now service, offering streaming across Windows PCs and PS4. Nvidia was also among the first to join, although its GeForce Now platform that launched in 2017 was not as widely embraced.

Microsoft then took a bold step with its Project xCloud that first launched in October 2019 – and which sadly has yet to get a release date in Nigeria. Microsoft remains a leading name in console gaming: its celebrated Xbox 360 device was a favorite in the gaming community, and shortly before it was discontinued by the company, it counted over 78 billion hours of play by gamers.

It is still a bit early though to gauge the success of Project xCloud, as it is gradually rolling out and is largely still in a testing phase. It has already expanded to more than 50 games, including the likes of ‘Madden NFL 20’ and ‘Tekken 7’. Google Stadia on the other hand has partnered up with developers to offer favorites like ‘Mortal Kombat 11’ and ‘Destiny 2’. 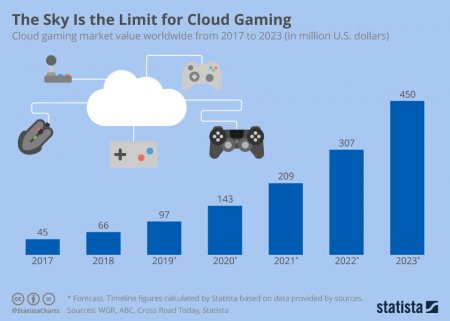 Stadia also offers 4K, 60fps resolution, which is enough to make any gaming enthusiast jump with joy, and hopes to eventually get it to 8K and a whopping 120fps respectively. All cloud gaming services require a fast and reliable internet connection to run, and there is still a slight latency on Google Stadia – but it is almost imperceptible, and as the service develops it will surely be finetuned even further. What sets Stadia apart is that it has claimed that the service’s computer performance will reach 10.7 teraFLOPS – which is more powerful than any console on the market.

It seems that Microsoft and Google have different strategies – the former aims to recast its gaming array through supplementing the Xbox suite with the new Project xCloud, while Google has launched Stadia as a standalone service that is competitive to console gaming. But one thing is for certain: cloud gaming is the future of the industry. The global cloud gaming market value grew from $45 million in 2017 to $66 million in 2017 – and it is projected to rise to $97 million in 2019. By 2021, the market will reach $209 million, and more than double that by 2023, when it is expected to grow to a staggering $450 million.

If you take into account that Amazon will probably join the cloud gaming race in 2020 and offer Twitch integration, it becomes apparent that cloud-based services herald a whole new era in gaming.
Last edited: Dec 5, 2019