The Senator representing Kogi West Senatorial district in the Senate, Senator Dino Melaye has asked the Abuja division of the Court of Appeal to set aside the judgment of the Federal High Court which dismissed his suit challenging the validity of the process of recalling by the Independent National Electoral Commission (INEC).

Justice Nnamdi Dimgba, had in his judgment delivered on September 11, 2017, ordered that the Independent National Electoral Commission “shall proceed with the recall process”.

The judgment brought an end to the earlier ex parte order made by another judge of the Federal High Court in Abuja, Justice John Tsoho, on July 6, 2017, directing parties to maintain status quo.

Justice Dimgba who took over the matter however ordered INEC shall only go ahead with the recall process upon the service of the petition, the full list and signatures of persons in support of the recall process. 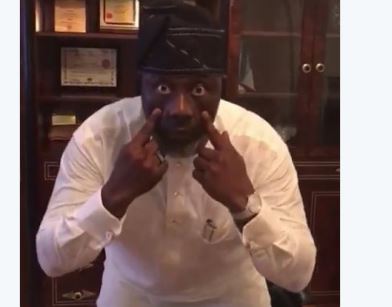 In addition, Justice Dimgba noted that the 90 days period within which the Constitution ordered the INEC to conduct a referendum on receiving the recall petition had been on hold since June 23, when Melaye commenced the suit.

But in a notice of appeal rooted on eight grounds, Dino argued that the Federal High Court erred in law when it held that the petition presented to the INEC for his recall was valid, even when the petition exhibited by INEC was not signed by more than half of the registered voters in his countituency as is required by section 69 of the 1999 constitution.

On this ground, his counsel, Mike Ozekhome (SAN) submitted that the said petition was only signed by three persons, which number is less than the half of the registered voters in his constituency.