Residents of Anguwan Rogo, a neighbourhood in Jos North local government area of Plateau State, today vandalised, burnt down and demolished a Shiite structure popularly called Markas in an effort to scuttle the sect members from performing their annual Ashura and Tashura procession. 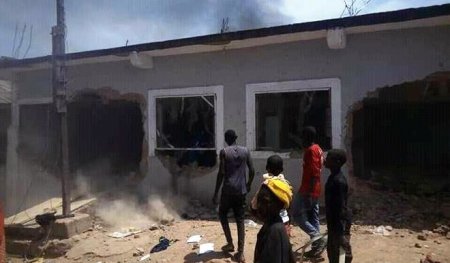 Daily Trust reports that no one was injured, but most of the Shiites in the area have fled the community for fear that they will be identified and attacked by erring youths.

Operation Safe Haven Media and Information Officer, Captain Ikedichi Iweha said the attack on the Shi’ite sect was a community mob action but stressed that men of the taskforce were able to assist by galvanising to put out the fire to some of their properties.

Captain Iweha further stated that security agents have moved into communities in Anguwan rogo, Anguwan rimi, Bauchi road, Gangare, Katako where there are Shi’ite members to prevent molestation or a likely breakdown of law and order.