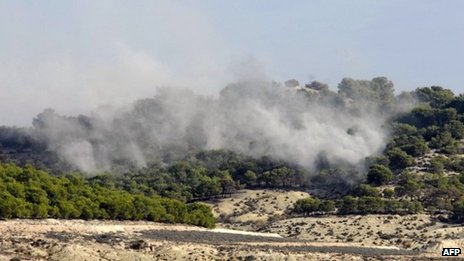 A 3 day operation have seen nine suspected islamist militants killed by Tunisian security forces for an attack on a police patrol, officials have revealed.

At least three other suspects were arrested in the operation in the Mount Taouyer area, about 70km (44 miles) west of the capital, Tunis, they added.

An attack in the area on Thursday had seen two policemen lose their lives.

A violent protest arose on Friday when Tunisian President Moncef Marzouki, Prime Minister Ali Larayedh and other senior officials attended a memorial service for the men, making them to leave the hostile venue prematurely.

Interior Ministry spokesman Mohamed Ali Aroui said the militants belonged to the Salafist Ansar al-Sharia group, which has been declared a terrorist organisation by the government.