A group of armed men believed to be cultists have blown up a gas facility in Akala Olu village, Ahoada West Local Government Area of Rivers State for the arrest and continued detention of a suspect, Mr. Emmanuel Odum.

The attack on the gas facility, according to a statement signed by the Assistant Director, Army Public Relations, 2 Brigade in Port Harcourt, Captain Eli Lazarus, disrupted production activities of the Nigeria Agip Oil Company.

The army further said the vandals were suspected members of Icelander cult group.

According to the statement, the vandals had threatened to carry out further acts of vandalism, unless their demands were met. 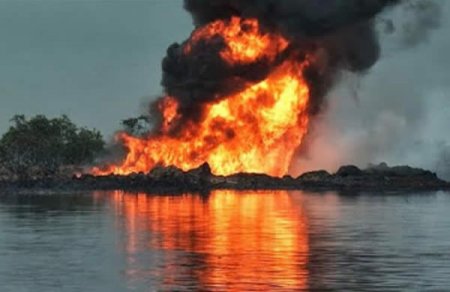 “I wish to state categorically that, 2 Brigade will not be cowed into doing the bidding of any criminal group.

“For the avoidance of doubt, anyone caught destroying such critical national asset will be severely dealt with in accordance with the law.”

The 2 Brigade alleged that some politicians armed the youths thereby backing them to perpetrate criminal activities in the state.

The army also warned that it would deal decisively with any person or group behind the sabotage done to the Nigerian economy, adding that any attempt to disrupt the forthcoming rerun elections in the state would receive dire consequences.