The Nigerian Police force yesterday debunked insinuations in some quarters that it aided the violent attacks and disruption of the electoral process that took place during the last re-run election in Rivers State.

In a chat with newsmen during his one day working visit to Ebonyi State Police Command, Abakaliki, the Inspector General of Police, IGP, Solomon Arase emphasized that nobody can accuse the Nigerian police of complicity or conniving with any person or group of persons to cause mayhem during the election. 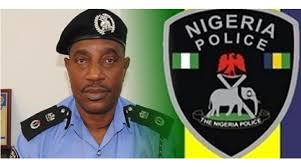