The deputy national chairman of the Peoples Democratic Party, Uche Secondus, has alleged that former governor of Rivers state and minister of transportation, Rotimi Amaechi is behind his ongoing corruption ordeal.

Secondus said this yesterday while admitting that he received vehicles from Jide Omokore but claimed that he had no knowledge of Omokore’s dealings with NNPC.

“I want to state categorically that what I received from my friend, Jide Omokore were cars and buses supplied by a well-known car company, Skymit Motors apparently from a credit facility Mr. Omokore has with the company. 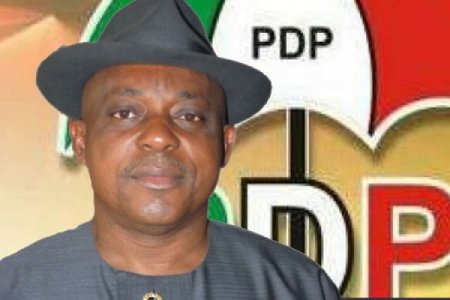 “I don’t have any knowledge of the so-called transaction the investigators are alleging he had with NNPC”.

He then alleged that Amaechi has manipulated the media to misrepresent the case against him.

“I have been granted bail under very stringent conditions after eight days in detention. Since the EFCC did not establish any case against me, I find my needless detention a clear case of witch-hunt and pure political persecution that has become a stock in trade of the APC government”, he said.