Rivers State Governor, Nyesom Wike has promised the Super Eagles a sum of $20,000 for every goal scored in tomorrow’s match against Swaziland, Guardian reports.

Wike assured the Super Eagles of his administration’s support and that of the people of Rivers State while addressing the Super Eagles after their training on Monday at the Adokiye Amasiemaka Stadium in Port Harcourt. 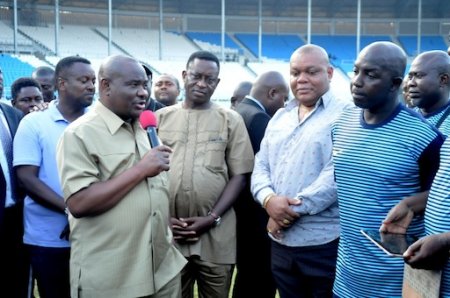 The governor who was represented by the Secretary to the Rivers State Government, Chief Kenneth Kobani noted that Port Harcourt will remain a victory ground for the National Football team and urged the players to put up their best to score many goals as possible.

In his remarks, Super Eagles Captain, Ahmed Musa assured Nigerians that the team would qualify for the group stage of the World Cup qualifier.