Chairman of the Movement for Nigeria’s Total Transformation, Chief Areoye Oyebola, has faulted the Nigerian federal lawmakers for ignoring the widespread call for the downward review of their “monumental salaries and allowances.”

Oyebola said the recent outburst of the federal legislators by the Chairman of the Presidential Advisory Committee Against Corruption, Prof. Itse Sagay (SAN), was just one of many criticisms that had trailed the lawmakers over the years but to which they had turned deaf ears. 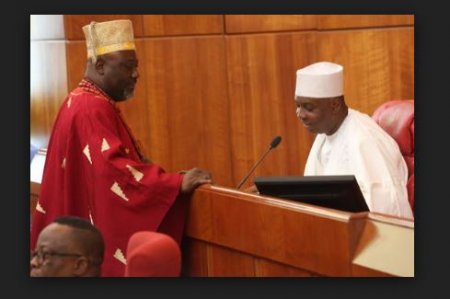 “It is also strange, unthinkable and very disheartening that a senator, not minding the grinding poverty of Nigerians, earns $1.7m a year, which is far higher than the $400,000 yearly income of the United States’ President, whose stupendous country is the richest in the world. Even a member of the House of Representatives also earns more than the American President. What a tragic and pathetic situation!

“Worse still, each of our National Assembly members earns more than the British Prime Minister, while the pay of a member of Ghana’s unicameral legislature is a very small fraction of our House of Representatives’ member jumbo pay of more than N10m in a month, let alone the monumental quarterly allowances that have led to serious public outcry.

“The multi-million naira earned by the leadership of the Senate and the House of Representatives even worse, more outrageous and mind-boggling,”‎ he said.

Politics “I Asked Oshiomhole To Contest Presidency Against OBJ In 2003, Not 2023” – Sagay – Nairaland