Senate President, Bukola Saraki on Tuesday explained reasons for the slashing of the Lagos-Ibadan highway budget.

Saraki told newsme in Abuja that there was the need to allow private sector participation in a road as important as the Lagos-Ibadan Expressway.

“We are really pushing the idea of, particularly, the Lagos-Ibadan road, that appropriating that project from the budget does not show seriousness.

“This is a road that is very viable; that is centre of the commercial activity and we should see how private sector can participate. 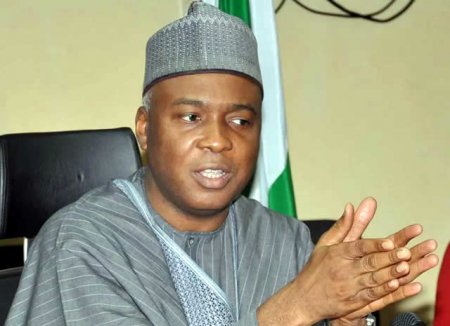 “For example, even if you go by the budgetary allocation on that road, last year was N30 billion, this year, after back and forth, we took it back to N20 billion.

“This was done so that if they don’t find private funding, we will take it up,” he said.

According to the Senate President, even if the N30billion was provided, it will not be enough because that road needs about N100billion to be completed.

“So, the point I’m making, which I want to emphasise, is that it is the kind of laws and policies that we pass that will encourage private sector that will make the infrastructure deficit to reduce,” he added.

Recall that Minister of Works, Power and Housing Babatunde Fashola had raised the alarm that the National Assembly slashed N11billion off the N31billion approved in the 2017 budget.