Senate President, Dr. Bukola Saraki on Wednesday removed Dino Melaye as Spokesman of the Senate and announced the names of lawmakers that would chair the different senate committees for the 8th Senate. 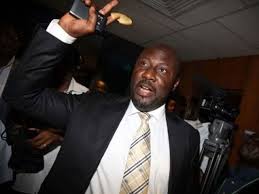