World Saudi Arabia Elects Up to 19 Women In Historic Election

At least 19 Saudi women emerged victorious in Saturday’s historic local elections in which females in this religiously conservative kingdom were allowed to cast votes.

Observers said that the election win marks a breakthrough in the conservative kingdom. 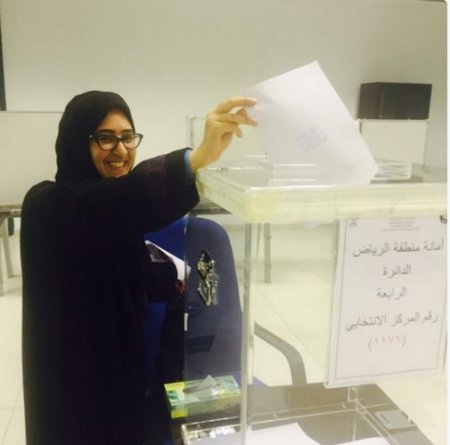 The Minister of Municipal and Rural Affairs and Head of the General Elections Committee Abdullatif bin Abdulmalik Al-Al-Sheikh, announced that 2,106 candidates had won seats after elections that saw 47-per-cent voter turnout.

Let us hope generations to come continue to take the responsibility seriously.
Last edited by a moderator: Dec 14, 2015

Dec 13, 2015
ProfRem
P
P
World Top 20 Most Brutal and Ruthless Dictators In The History of Africa