“Two female suicide bombers struck at a motor park in Madagali and detonated their devices and we lost some beloved country men,” he said. 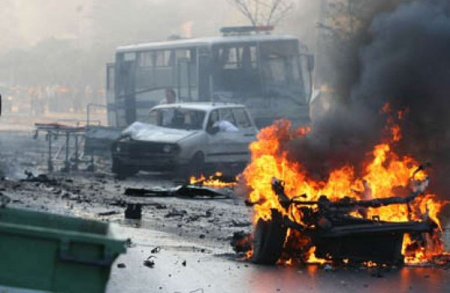 Ezugwu, who did not disclose the number of casualties, however stated that the situation had been brought under control and that security had been beefed up in the town.

He urged the people to vigilant and security conscious.

Some eyewitnesses at the scene told the News Agency of Nigeria that the two female suicide bombers detonated their IEDs at the motor park around 9am.