The Senate during plenary session on Tuesday summnoned the Minister of Health, Prof. Isaac Adewole, to brief it over the outbreak of Lassa fever in 10 states of the federation.

The invitation of the minister followed a motion by Senator Olanrewaju Tejuoso (Ogun Central) and five others.

According to The Nation, the upper chamber also asked the federal government, health agencies and non-governmental organisations to carry out holistic and aggressive sensitization in affected states, market places, restaurants, schools and other public places on preventive measures. 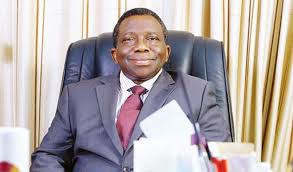 It condoled with families that had lost loved ones to the disease and urged Nigerians to adhere to rules on personal hygiene as well as report cases of persistent high fever to the nearest health center.

Senator Tejuoso in his lead debate expressed concern that since a similar outbreak in 2014, which claimed 20 lives, nothing had been done to check further outbreak of the disease.

Senate President, Bukola Saraki, who presided over plenary, asked the Federal Ministry of Health to provide adequate funds for the Nigeria Centre for Disease Control (NCDC).