Metro Several Dead as Shiite Clash With Police in Kano

Members of the Shiite Islamic Movement of Nigeria on Monday morning clashed with the police in Kano city. 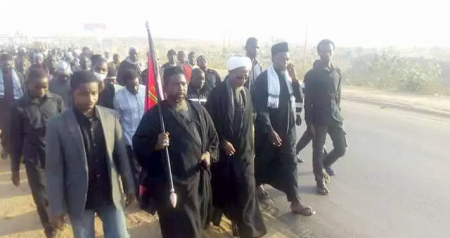 A witness told Premium Times that the clash started around Tamburawa, on the outskirts of Kano city, when the police tried to stop a Shiite protest.

Over a dozen people including a police officer are feared killed from the violent clash.

The police have since deployed heavily armed mobile police officers to the area while the major Kano- Zaria road is completely blocked.