Loyalists to deposed National Chairman of PDP, Senator Ali Modu Sheriff, in Ekiti state have vowed not to quit the party for either Governor Ayodele Fayose or his supporters.

The loyalists also dismissed report that they are defecting to Mega Party of Nigeria (MPN) adding that "they cannot quit the house they laboured hard to build."

Speaking under the aegis of PDP Elders Forum they dismissed, "the decision of a few members to pitch their tent with the new party without adequate consultation with the leaders of the PDP." 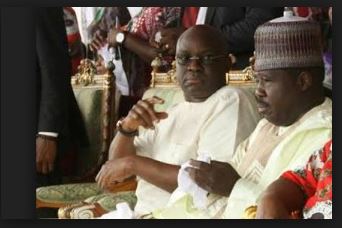 Rising from a meeting hosted by the first state party chairman and former Senate Deputy Chief Whip, Chief Clement Awoyelu, at the weekend, they resolved to work hard for the party's victory ahead of the 2018 governorship election.

They also resolved to wait on the Court of Appeal, Ado-Ekiti Division to resolve which of the two state executives is the authentic between the Gboyega Oguntuase faction and the William Ajayi faction. The appellate court is expected to deliver its verdict in October.

The Supreme Court had sacked Sheriff on July 13 and handed control of the party to Senator Ahmed Makarfi-led caucus.