Metro Shi'ites List 7 Conditions Before Appearing Before Commission Of Inquiry

Islamic Movement in Nigeria otherwise known as the Shi’ite group Sunday demanded the unconditional release of its leader, Sheikh Ibraheem El-Zakzaky before appearing in the Judicial panel set up by the Kaduna state government to investigate the clash between the Shi’ite group and the Nigerian Army last December.

It would be recalled that, the Kaduna State Governor, Nasir Ahmad El-Rufai on Saturday unveiled names of a 14-man members that make up the Judicial Commission of Inquiry to look into the 12th-14th December 2015 clashes in Zaria between the Islamic Movement in Nigeria and the Nigerian Army. 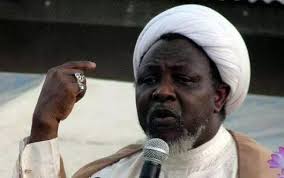 - Leader of the Islamic Movement in Nigeria should be released unconditionally.

- The Nigerian Military and the Nigerian Police must make a full disclosure of the number of persons in their various detention centers and grant lawyers of the Movement access to most of them.

- The Nigerian Military and the Nigerian Police must also make full disclosure of the number of persons they took to the various hospitals and the location of the hospitals to enable the Lawyers of the Movement have access to them and interview them preparatory to the inauguration of the Commission.

- Those in military detention facilities should be released and corpses of those killed be handed over to us for befitting Islamic burials.

- There are some members of the panel that are clearly neither impartial nor credible having shown open hostility to the movement and its leadership through their utterances, writings or actions in the past. Some had even called the government to go for the jugular of the Islamic Movement in the past. The IMN does not see any possibility of fairness and justice from them due to their stance on the Movement and Shia. Definitely in their position of arch-enmity with the Movement compromises any fairness from them in this matter. Independent human rights bodies should be included in the commission.


These conditions that have been stated need to be fulfilled by the state government to convince the IMN that the state government, which is also an accomplice in the crime, since it demolished our properties and deliberately wiped out practical evidences of the army brutality on the movement, is not setting up the enquiry to justify the indictment of the Movement by both the federal and state governments,” the statement reads.