A Muslim cleric, Sheik Yusuf Amzat-Salam, 35, his wife and four children were killed by hoodlums suspected to be herdsmen in the early hours of Tuesday in Ijebu-Ode, Ogun.

According to Vanguard, the incident occurred at Atiba area of Odogbolu Local Government Area. 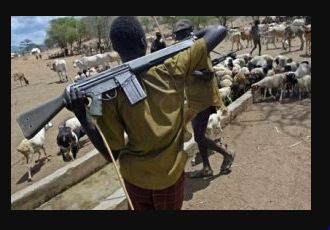 All the victims had since been buried according to Muslim rites amid wailing.

The attackers, whose motive could not be ascertained, butchered the entire household with machetes. The victims were discovered in the pool of their blood when school bus came to pick the children.

A close family friend, Mr Yusuf Oludaisi, described the act as dastardly and wicked, wondering what the victim must have done to warrant such treatment.