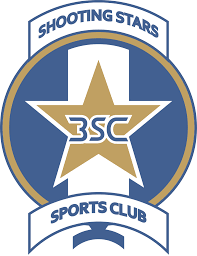 Ogunbote was selected out of a total of four high profile coaches including Okey Emordi and Zachary Baraje.

Shooting Stars General Manager, Rasheed Balogun, had Wednesday said that they would appoint a new coach on Thursday (today) morning.

“As we speak now, I’m standing right behind him as he addresses the players at our training ground.” He said.