The South East and some South South lawmakers on Thursday protested openly after the rejection of the South-east Development Commission bill.

In rejecting the bill, Rep Muhammad Sani Abdu (APC, Bauchi) said it was "suspicious" coming at a time Southern Easterners were calling for a Biafra Nation.

He added that the reference to Civil War in the debate for the bill would bring further division among Nigerians. 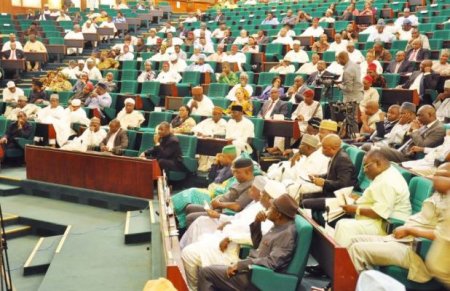 But proponents of the bill, such as Rep Toby Okechukwu (PDP, Enugu) said the bill would further entrench unity among Nigerians and that other regions could bring such bills in future.

After the debate, Speaker Yakubu Dogara put the bill into voice vote, to which majority of the lawmakers voted against.

It was observed that the lawmakers from both the North and the South almost clashed as a result of the rejection.

These voice votes is subjective and unverifiable. Electronic is voting will be better and legit.
P

kayode ajayi said:
These voice votes is subjective and unverifiable. Electronic is voting will be better and legit.
Click to expand...

We hope the eight implements ...
C

Just imagine??....but minister of women affairs is talking of building a special school for married women in the north...Rubbish

Biafrans get ready to go.