State governments are rejoicing as the National Economic Council (NEC) meeting on Thursday suspended further deduction of state governments’ loans from their accounts maintained in the Federation Account.

Many of the states have taken loans which are repaid through monthly deductions from funds accruing to them in the Federation Account.

The Minister of Finance, Kemi Adeosun, said state governments’ loan repayment to the Federation Account was deferred to allow states have enough money in their coffers to pay workers salaries and meet other obligations in their states. 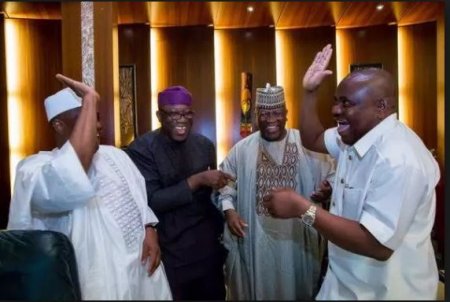 Adeosun spoke with State House correspondents at the end of the NEC meeting chaired by Vice President Yemi Osinbajo at the Presidential Villa, Abuja.

According to her, the current economic situation in the country necessitated the deferral of the loans repayment.

She said: “On the update of the financial situation of the states, it was discussed extensively that currently the federation account receipt are among the lowest that has been seen in recent memory. We are looking at N299 billion this month and that is because of the very low oil prices that was recorded in January and February.

How TSA led to discovery of N1.6bn in a single account – Adeosun reveals – Naija.ng News

FEC approves procurement of 68 vehicles for Customs – BusinessDay : News you can trust