Spirituality in Nepal, a landlocked central Himalayan country in South Asia, is clad with mysticism. Few girls (who have not reached puberty age) from the Newar clan are worshipped as ‘Kumari Devi’ or ‘Virgin Goddess’. Goddesses, all over the world, are revered, and worshipped. They are symbols of the 'world of the beyond'. 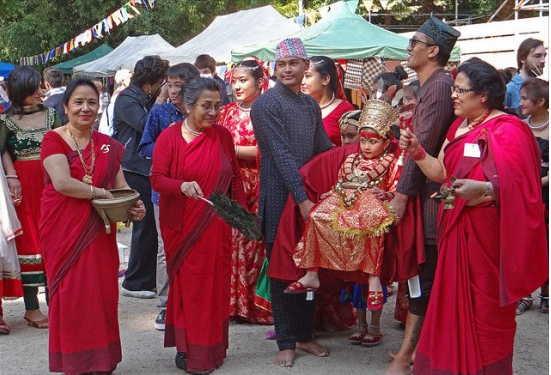 These girls (Kumaris) are chosen from from birth, and are believed to be incarnations of the Hindu Goddess of Power, Kali. From the moment they are chosen for their role, and pass a rigorous 32-stage test, these living goddesses are propelled to immortal-like status, deemed to be protectors from evil by thousands of adoring Hindus and Buddhists.

But for these girls, it is not just a name and status that they are given - their whole life changes.

Kumaris - which means virgin in Nepalese - are forced to leave their homes and are hidden away in temples as a living deity, only able to leave when they are required at festivals and processions as the subject of worship.

These Kumaris are even considered too special to walk, instead being carried in chariots, thrones and other people's arms - sometimes meaning they do not learn to walk until they retire.

And the girls are banned from going to school or taking part in day-to-day society, only appearing outside their homes or temples up to 13 times a year. 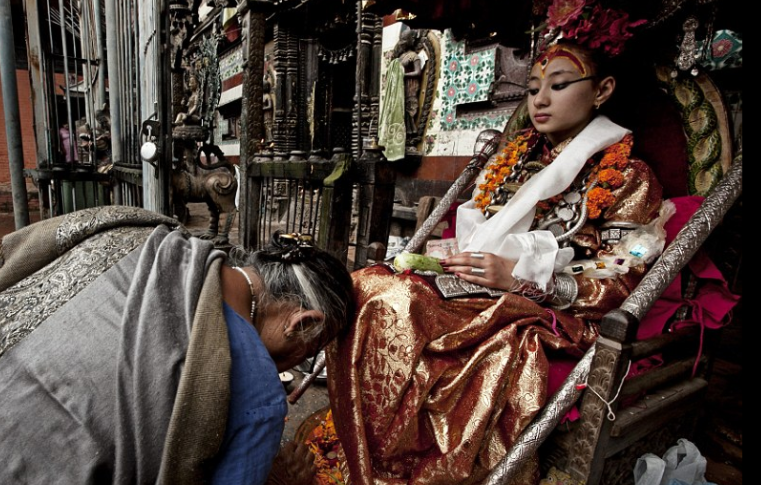 But once they reach puberty, everything changes for these Kumaris. After menstruation starts, the girls are put through a 12-day 'Gufa' ritual, marking the end of their life as a little goddess - and they return to an ordinary life that they have never known.

For the ritual, the Kumari is bathed in the Bagmati river in Patan, Nepal. She is then dressed in Traditional Nepali wedding attire, with a cloth covering her face as she is brought outside to worship the sun. After the Gufa ceremony, she retires from the life of a Kumari, meaning she can walk and go to school like any ordinary girl.

When they first return to normal life, Kumaris often have weak legs and find it difficult to walk. Ex-goddess Chanira Bajracharya, 19, said: “It was a challenging transition. I couldn’t even walk properly because I had been carried all the time. The outside world was a complete stranger to me.” Chanira was chosen as the Kumari of Patan City when she was only five years old and retired when she was 15.

gods do retire? Wonder shall never end. But I prefer living with the worshippers to muslim followers .

Apr 29, 2022
ese
E
K
Metro The story of these 140 innocent pupils of Bethel Baptist College must not be like the story of Chibok Girls who are still missing till date – CAN...