The former Deputy Governor of Osun State, Senator Iyiola Omisore has dumped the Peoples Democratic Party, (PDP) and his supporters angrily burned the flags of the party.

Omisore and his supporters boycotted the congresses of PDP held in March where the State Working Committee and executives of PDP at the ward and local government levels were elected.

At the time of filing this reports, the new party that Omisore will join to pursue his governorship ambition in the September 22nd gubernatorial election in the state was not known but it was confirmed that he was no more in PDP. 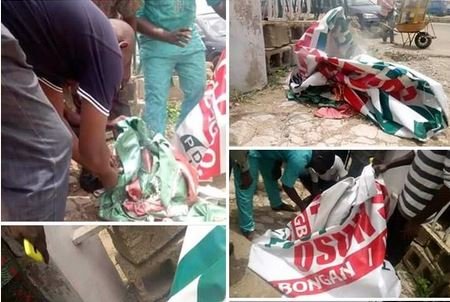