Curators
An Ikeja High Court today ruled the the two engineers, who constructed the collapsed seven-storey guest house of the Synagogue Church of All Nations (SCOAN) be remanded at Kirikiri Maximum Prisons, Lagos. 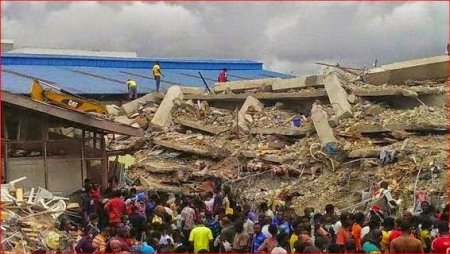 The News Agency of Nigeria (NAN) reports that the engineers – Oladele Ogundeji and Akinbela Fatiregun – had pleaded not guilty to a 111-count charge bordering on gross negligence and criminal manslaughter.

The prosecution led by Mrs Idowu Alakija, the Director, Lagos State Directorate of Public Prosecutions (DPP), said the defendants constructed a seven-storey building at the church in Ikotun-Egbe in Ikotun area of Lagos with disregard for human lives.

The case was adjourned to April 26 for hearing of the defendants’ bail applications.