According to PM News, Engineer Faterigun Akinbela and Ogundeji along with their respective companies HardRock Construction Company Ltd and Jayden Trust services and Trustees of the Synagogue Church of all Nation, SCOAN are standing trial for manslaughter and criminal negligence.

Ruling on the bail application filed by the two engineers, Justice Lawal-Akapo held that there was credible facts before him on why the defendants should not be granted bail. 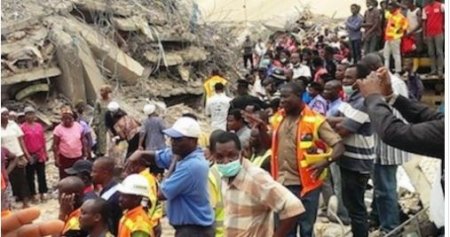 He subsequently set bail for the engineers at N10 million each with two sureties one of whom must be a civil servant at grade level 14.

The judge also insists that one of the sureties must have a property at GRA Lagos.

He also ordered that the defendants must deposit their international passport with the court until the end of their trial.