About 2 weeks after the disastrous collapse of a SCOAN guesthouse, indications have emerged that the church might have in fact gotten permission from the Lagos State government to build 12 floors.

An aide to Prophet TB Joshua, Mr. Ken Emeakayi, in a Channels TV interview, has refute the media reports that stated that TB Joshua's guest house was not approved by the Lagos state government.

“It is not true and I stand to be corrected. I want to also point out that whosoever said that was not saying the correct thing, because I also listened to a commissioner of Lagos State, when he came to your studio. He said that when he got there, he discovered that there was no approval for the building, meaning that he has not been there before and there was nothing of such. Yes, the church had approval," he said. 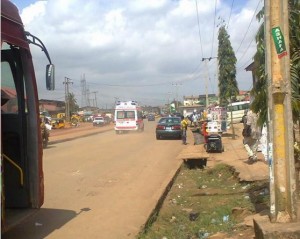