Coming on the heels of the tragic event last Friday which saw the six-storey guesthouse of the Synagogue Church of All Nations reduced to rubble (accompained by 80 deaths, 67 of which have been South Africans), the wave of criticism against the Prophet/Preacher Temitope Balogun Joshua has started coursing in.

South Africa's president Jacob Zuma has noted that South Africans haven't perished in such large numbers in a foreign land in recent times, and South African public affairs commentator Allan Taylor has lamented over the loss of his kinsmen.

He wrote on Twitter: “I’m saddened by the death of up to 67 South Africans in the Nigerian church collapse and at the hands of TB Joshua’s greed. It is also important to expose those who lured the unfortunate victims to Nigeria on false pretences.

“Innocent lives of people have been lost; yet TB Joshua makes the tragedy about himself. He is a disgrace."

Portia Tsotetsi, another commentator says TB Joshua owes the families of the deceased some answers. Her words on Twitter: "My thoughts and prayers are with the families of the 67 South Africans who lost their lives in Nigeria. What bothers me most is the silence of TB Joshua and his church concerning the 67 who died.

“Where are messages of condolence? When is the church (SCOAN) offering a statement of condolences to the families? When is TB Joshua speaking about this tragedy? What bothers me is the amount of blind loyalists who refuse to see facts. They will do anything to protect their church”.

But it's not all of the flock that has their back turned on the Man of God; a member of the South-African branch of SCOAN, Neo Motlokoa said her faith in TB Joshua and his leadership "is not shaken" inspite of the disaster and the follow-up condemnation.

“I am a South African who loves Jesus. This morning every TV station and newspaper is carrying the news about the tragedy.

“Has Prophet TB Joshua all of a sudden become questionable to you? Is he still a servant of Christ? This is about not only SCOAN and the Prophet (TB Joshua). My faith is not shaken”, Motlokoa wrote on the church’s official Facebook page.


Ebenezer Donkor, another commentator, has also reaffirmed his support for the pastor:

“Even if another building collapses to kill one billion people, I will still follow Christ through Prophet TB Joshua. My faith is unshakable. God bless the man of God and all those who follow him”, Donkor said. 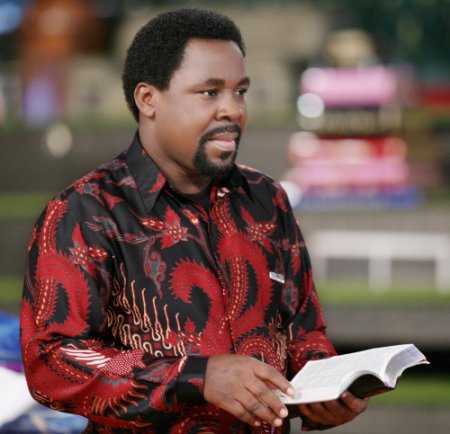