Tension has heightened in Zamfara villages in Anka local government area of the state after residents noticed dozens of unidentified motorbike riding gangs of armed bandits in the bush.

A resident, Ibrahim Hamisu told Daily Trust that he saw a gang of heavily armed bandits on motor bikes moving freely in the bush adding that they were riding on about ten motorcycles with each one carrying three men. 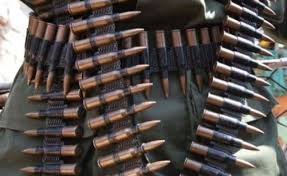 "I was working on my farm along side my son when I saw them. I quickly told my son to hide. We all climbed a tree thereafter, and they passed without noticing that we were there. Had they noticed that, we would have been finished by now." He said.

Hamisu further explained that fear has enveloped the residents of the villages such as Tamusge, Dawan Jiya, Sabuwar Tunga, Sabon Birni and Zanoka. He said armed bandits have been attacking the communities for sometimes now.