Dwayne Johnson, popularly known as The Rock got his father a car for Christmas.

He shared a photo of himself, his dad and the new car alongside a story of how his grand mother chased his dad out of the house on Christmas Day in 1954. The Rock wrote: Bought my dad a Christmas gift and surprised him. He’s had a hard life. This one felt good.

My dad, Rocky Johnson is a minimalist. Always has been. Never asks me for much and over the years his needs are always the barest.

Crazy story, my dad’s dad died when he was 13yrs old. That Christmas, my dad’s mom had her new boyfriend over for Christmas dinner. Her boyfriend got drunk and pissed on the turkey. My dad went outside, got a shovel, drew a line in the snow and said if you cross that line I’ll kill you. The drunk crossed it and my dad laid him out cold as a block of ice. Cops were called.

They told my dad’s mom that when her boyfriend regains consciousness, he’s gonna kill your son so one of them has got to go.

In front of the entire family, my dad’s mom looked at him and said get out. He was 13yrs old and now homeless. That f*cked up true story happened in Amherst, Nova Scotia, Canada in 1954. He needed the bare minimum then, just like does now.

Over the years, I’ve moved him into a big home, got him trucks to drive – which he’ll literally drive into the ground until I get him something else. Hell, I’ll get him anything he wants, but the SOB just won’t ask.

Every Christmas, I always think about that story and my dad having every odd stacked against him at 13, but he fought thru it and still made something of himself. Makes me appreciate his struggle and hard work. Also, makes me appreciate the fun times he would beat my ass in the gym so bad when I was 13 and say “If you’re gonna throw up, go outside.. and if you’re gonna cry, then go home to your mother”. I hated it then, but I embrace it now. Made a man outta me. Without pissing on my turkey. . Just a small way of saying thank you dad and Merry Christmas! #DwantaClaus 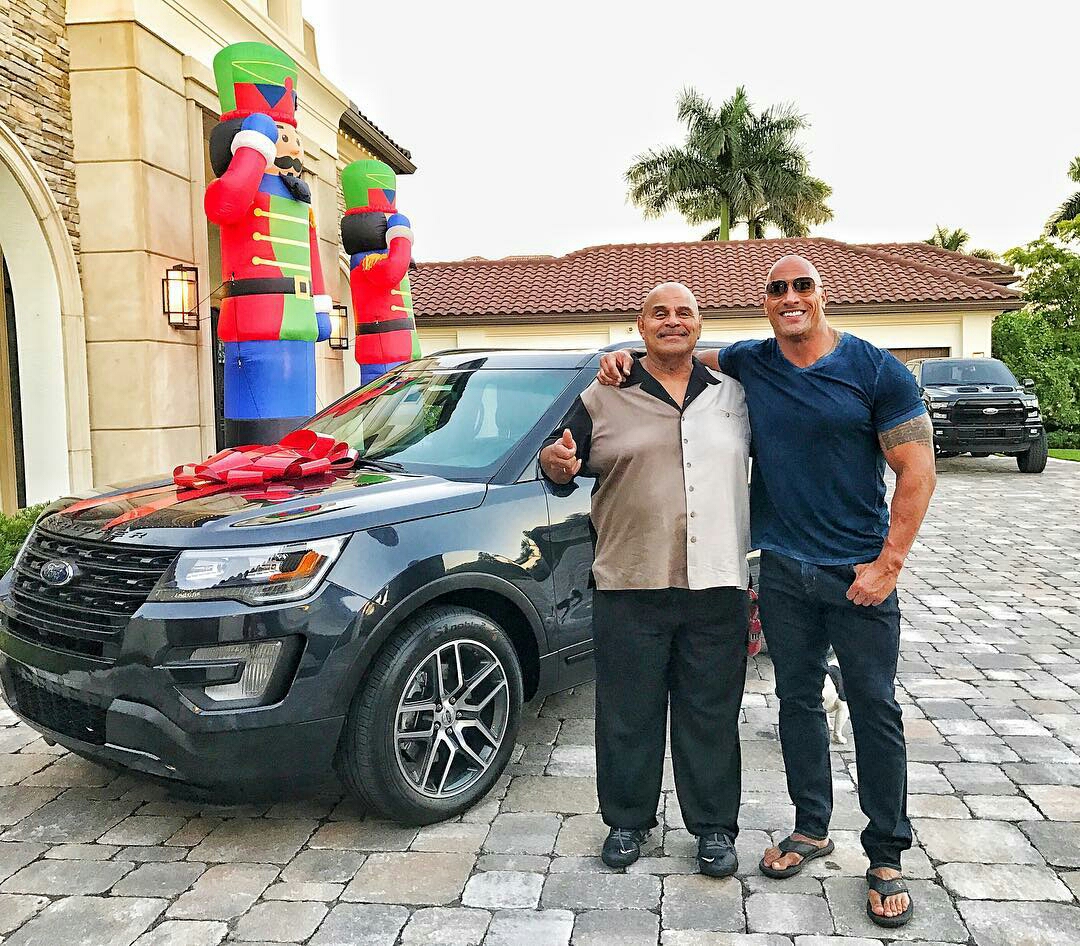 K
Entertainment “My behaviour was unacceptable and inexcusable. I was out of line and wrong” – Will Smith apologises to Chris Rock for slapping him at the Oscars...