Former president, Goodluck Jonathan yesterday touched on some of the legacies of his administration while speaking to Friends of Africa Coalition on “Strengthening Democracy and Elections” at the mayor’s office in Newark, New Jersey, United States.

Speaking to the elite group, Jonathan itemised some of his legacies... 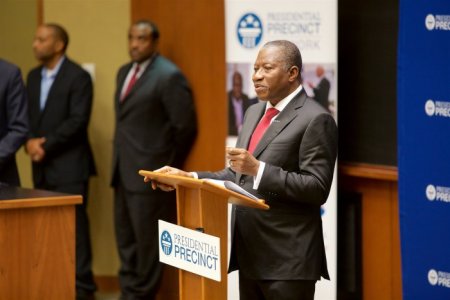 - I adherence strictly to the rule of the law ensured that Nigeria’s peace, prosperity and progress were not derailed by the conduct and results of the 2015 elections.

“These are but a few of the parameters that illustrate some of the economic transformations we engineered during my term in office,” he said.

Oh yesm You are right Sir... but what about the masses...where did you left them? [USERGROUP=15]@News Hub Team[/USERGROUP]
C

With all due respect, the honourable ex-president just don't get it. He has no clue. The question he has to answer is, did he leave Nigeria better than when he inherited office? His legacies in my considered opinion include leaving Nigerian in unprecedented abject poverty, colossal unemployment, non-functioning infrastructures : transportation systems including road networks, abysmal and non-exitent electricity and water supplies, non-functioning hospitals and associated networks, educational systems that went backwards, the most lawless and corrupt country in the world in which state finances meant to be used for provision of services were instead shared by a few, judiciary and judicial system that is a farce, defence and defence system that were incapable of serving Nigerians. The list hon ex-presentent are endless. May l suggest that you reflect on the true meaning of leadership and service and ask yourself if you indeed served Nigerians with their interest uppermost in your heart.

Good Luck has done his part and handed over to Buhari in such a way that no Nigerian leader has ever done.

We should now be more concerned about Buhari change which has been a nightmare for most Nigerians.