Federal High Court, Lagos, on Tuesday sentenced three Boko Haram terrorists to 25 years each in Jail, The Nation is reporting.

Only lawyers were allowed in the court, so the proceedings were not covered by journalists.

A source, who witnessed the verdict, but craved anonymity because he was not authorised to speak on the matter, told reporters that the fourth defendant was acquitted.

The court, on December 3 last year, barred journalists from covering the trial of 17 suspected members of the sect.

Justice Ibrahim Buba made the order following an application by the Lagos State Attorney-General and prosecuting counsel, Mr. Ade Ipaye.

Men of the Department of Security Services (DSS) had prevented journalists from covering the suspects’ arraignment last November 27. 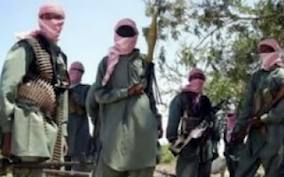