Curators
Three people have been reportedly killed and many properties destroyed in an attack on foreigners, including Nigerians based in South Africa.

According to Adetola Olubajo, president of the Nigeria Union South Africa, the attacks began on Sunday morning in Jeppestown area of Johannesburg. He said the angry mob set a building ablaze in the area.

“The mob also looted several shops that were around the vicinity suspected to be owned by foreign nationals. But the Police later dispersed the mob and made some arrests,’’ he said in a statement. 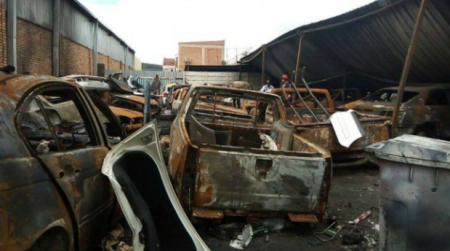