If only she hadn’t gone to Dubai!
The actress, who is becoming calmer on social media lately, is definitely not having it as rosy as she tries very hard to portray on Instagram.
Now with the return of her ‘best friend’, Idris Okuneye aka Bobrisky, to Nigeria a few days ago, its obvious the hyper active actress is stuck in Dubai.

Arrested and detained in a Dubai prison five weeks ago when she was supposed to have attended the One Africa Music Fest and BamTeddy wedding, Tonto Dikeh was also charged to court but was later rescued from deportation/imprisonment by paying a fine.
Meanwhile, prior to the payment of fine in a Dubai court, Tonto who was granted bail, could not travel to Nigeria because her passport was seized and she had to report daily to the police in Dubai. 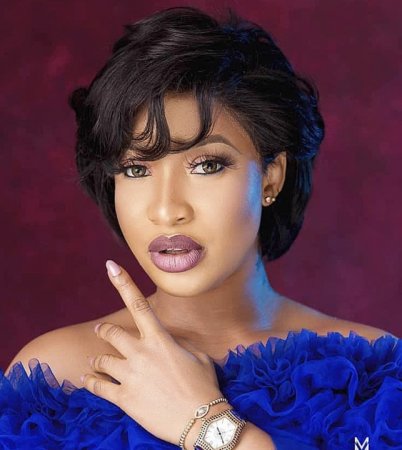 Entertainment ‘You are an extension of me, that’s why I’ll always love you’ – Olakunle Churchill declares his undying love for Rosy Meurer on her birthday– Linda